Differences in the Millenium Mothras

All of the adult Mothras from this era all look great. The first one was from 2001's Godzilla, Mothra, King Ghidorah: Giant Monsters all out Attack, it looks totally different from any other Mothra. She has purple eyes & purple on her wings as well. One thing that I noticed was that her wings, in my opinion, are to small. But, other than that, the GMK Mothra is awesome! Second, was from Godzilla Tokyo SOS, made in 2003, which is my favorite Mothra from the Godzilla series. Her legs are super long, her eyes are a nice, bright blue, & the color of her body & wings complement each other perfectly. Lastly, is the Godzilla Final Wars adult Mothra, from 2004 & it's not exactly the same as the Tokyo SOS version. Her eyes are to dark & she has more hair on her which, for some reason to me, made her look worse. 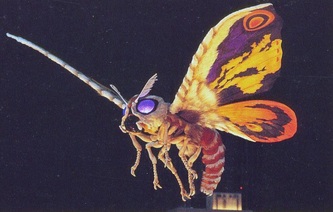 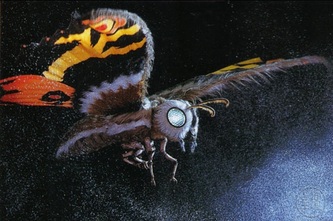 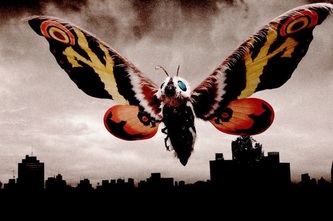 Sadly, Mothra, only starred in three movies in the Millenium era & didn't get very big roles in them either. First, in GMK, from 2001, she was one of the Guardian Monsters, & she was protecting the land from Godzilla, along side Baragon & King Ghidorah, & dies to give Ghidorah the energy to live again. Next, she was in Godzilla Tokyo SOS, which is one of my favorite Godzilla movies ever! In this movie, she tried to convince the government to discard Kiryu, & said that she would protect Japan from Godzilla herself. Finally, in 2004's Godzilla Final Wars, which Mothra was only in this movie to give Godzilla a little help defeating Gigan & Monster X, was the last movie that she was in. If you watch the credits, you see that Mothra does live at the end of this movie!