Differences in the Heisei Mothras

The Mothras from the Heisei era started off the same, but got totally different really fast. First you have the 1992 larva, & it looks good. It's smooth, & looks like a real caterpillar. Then you jump four years later & what happened? The 1996 larva looks so much better than the 1992 larva! It's slimy, has real bright blue eyes that you can clearly see, & he shoots a laser from his chest! How can that happen? None of the other larvas can do that. it's insane! The last larva is the 1998 Prehistoric Mothra Larva. Wow! It is completely different from the '92 & '96 larvas. It's short, "scaly", & just awesome, not to mention the fact that she saved Rainbow Mothra 2's life! 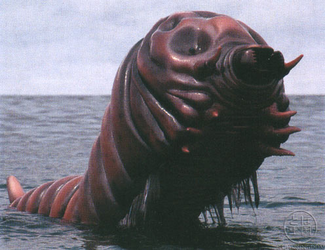 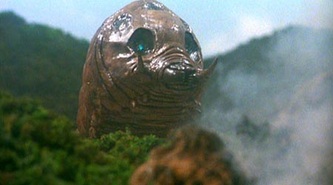 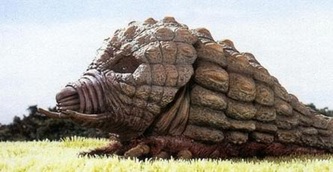 The first adult Mothra from the Heisei series was the 1992 version, & it's OK. The colors are OK, the ratio of the body to the wings are OK, the face is OK, it's just all OK. Then you have the 1996 version, holy, what happened? Toho made all the adjustments to the '92 version that would have made it great, instead of OK. The colors on the body & head fit the rest of the colors on the wings, the ratio of body to wings are perfect, & it's fluffier. I know a lot of people don't like the fluffy Mothras, but I do. Next, you have the Mothra Leo adult. Let me tell you, the wings are green, orange, & blue, the antennae are like feathers, the body design is a swirl with blue, & the legs are like fluffy #7s. What do I think of all that, I thing it's freaking amazing! Then you have Rainbow Mothra, which is Mothra Leo, but with rainbow colored wings, instead of green, orange, & blue! Finally, you have the last design of Mothra from Rebirth of Mothra 2, Aqua Mothra! His powers are awesome, his design is spectacular, he is just overall awesomeness!
In the next, & final movie of the Heisei & Rebirth of Mothra series, there are five Mothras, but one of them was the Prehistoric Mothra Larva, so I will only be talking about four in this section. So here we go, first, is Rainbow Mothra 2. Again, the same as Mothra Leo, but with blue, orange, & red wings. Second is Light Speed Mothra, which is probably what you expect. He can fly so fast that it takes him back in time to the dinosaur age. Third is Armored Mothra, who is actually made of metal! He's super tough & badass looking, what's not to like about him? Last but not least, is Eternal Mothra. He wasn't seen on screen for a very long time, practically as much as Light Speed Mothra, maybe a little bit more. Still, it was awesome to see him, & he played a semi-important role in the movie, I won't tell you what, because I don't want to spoil it for those of you who haven't seen the movie. 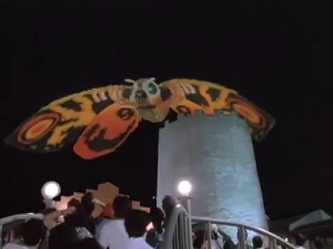 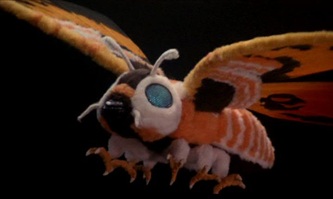 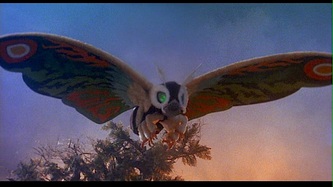 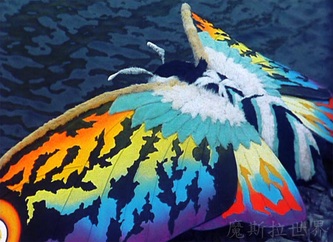 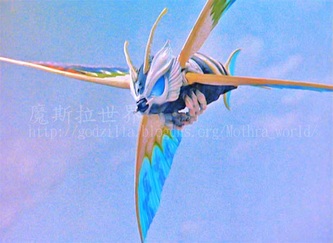 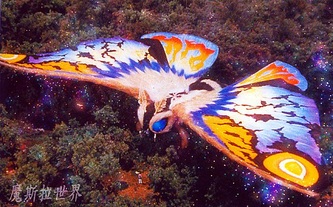 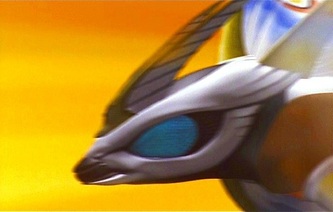 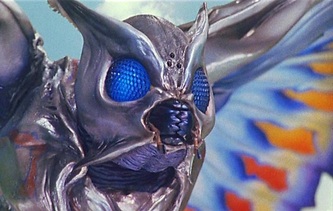 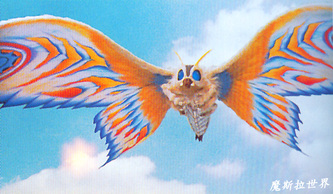 Unfortunately, Mothra, was only in four movies during the Heisei era, unless you count her very brief appearance in Godzilla vs Spacegodzilla,  but three of them were her own! The first movie that she starred in was 1992's, Godzilla and Mothra: the Battle for Earth. It's a good movie, Mothra's egg is discovered on Infant Island, the humans take it, but Godzilla comes, & her egg hatches. Mothra then goes back to her island, but the Fairies call her back, & while in the city, she makes a cocoon & she & Battra defeat Godzilla. Then, she was in the 1996 movie Rebirth of Mothra. Mothra is called to fight Desghidorah, but while fighting her egg hatches, Mothra dies, Mothra Leo turns into an adult & defeats Desghidorah. The third, movie she was in was Rebirth of Mothra 2, from 1997. Again, Mothra is called out to fight, but this time, he has to fight Dagarah. Mothra Leo turns into Rainbow Mothra, then Aqua Mothra, & back to Rainbow Mothra. Lastly, she was in the best Rebirth movie, Rebirth of Mothra 3, made in 1998, where Mothra is still called out to fight another monster, this one being Grand King Ghidorah. Mothra can't defeat him, so he decides to travel back in time, as Light Speed Mothra, to fight Cretaceous King Ghidorah. Mothra kills him, but in the process, gets himself killed as well. But, the Prehistoric Mothra Larva cocoon him & he comes back as Armored Mothra! After defeating Grand King Ghidorah for the last time, he turns into, Eternal Mothra.